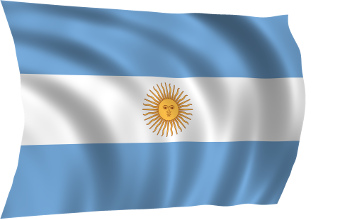 When I travel to Argentina, I often hear from politicians that the tax wedge must be increased because “revenues are insufficient”.

The first question that comes to mind is what does “insufficient” mean. Argentina’s fiscal deficit problem has not been generated by a low tax burden, but by a confiscatory and excessive one.

The Global Competitiveness Report of the World Economic Forum 2017-2018 shows that Argentina is ranked 92 among the 138 countries analyzed. The most worrisome aspect is that Argentina’s tax burden is the highest of the 138 economies.

Between 2002 and 2017 the country’s tax burden -including nation, provinces and municipalities- increased by more than 10 points of GDP, while inflation -the poorman’s tax- also soared.

These two factors, inflation and high taxation, negatively impact competitiveness and ease to attract capital, invest and create jobs, relegating a nation of enormous potential, such as Argentina, to the final positions of the World Economic Forum index, when it should be at the top.

According to the Ministry of Labor, public employment accounts for more than 11% of the budget, and only two provinces have a percentage of public employment below 30% of the total. If we take all the provinces, seven have a public sector labor force that exceeds the private one – between 51% and 69% – and more than 65% of the provinces have a percentage of public employment that exceeds 40% of the total. The Ministry of Labor estimates that more than 3.5 million jobs are paid by taxes in the national, provincial and municipal administrations, a figure that has increased by 60% since 2002.

It is not exclusively a public employment problem. The three items with the largest increase in public spending between 2002 and 2017 are clearly salaries, social security and subsidies to the private sector, according to the Ministry of Finance. This third part is very relevant.

Argentina is faced with a model that has disproportionately increased the tax burden on the most productive sectors to subsidize the lowest productivity sectors and pay for the massive increase in public employment. That is, it is a fiscal model that discourages non-subsidized private investment and encourages the rent-seeking sectors. Thus, it is not surprising that the increase in productivity is very low and that tax revenues do not improve, driving deficits higher through soaring expenses and under-budget revenues.

As revenues are insufficient and capital inflows deteriorate, the gap is financed through fiscal and monetary repression -printing money to pay for public sector expenses- at the same time, which displaces highly productive sectors, discourages private activity and reduces long-term investment. And it is not solved with tax increases.

If we look at the European economies, we can also see how the tax increases not only have not solved the fiscal deficit but have generated a delay in the exit from the crisis,  also increasing indebtedness in the process. Deficits have been reduced, but not enough, and government debt exceeds 89% of GDP. A study by the Center for European Economic Research (ZEW) warns of the risk of loss of investments in the European Union by focusing on maintaining a noncompetitive and almost confiscatory taxation where companies and citizens pay up to 40% of their income in direct and indirect taxes.

The solutions that have been imposed in most developed economies have failed precisely because they implement an extractive model that penalizes investment and more productive sectors to sustain excessive public spending.

If we look at the global trend, the United States shows that attractive growth-oriented taxation generates better and more employment and greater investment. Argentina, with the highest tax burden in Latin America, suffers a negative and cumulative effect. Sectors that depend on subsidies and tax revenues become extractive for society. And productive investment and private employment suffer.

All these imbalances are being maintained by excess liquidity and low interest rates. But those external factors change, and when they do, they do so abruptly.

Taxation in Argentina should be aimed at improving tax bases and increasing productive investment and private employment, while assessing expenditures to make them sustainable. If not, the future adjustment will be much more painful than we imagine.

Daniel Lacalle is a PhD Economist, author of Escape from the Central Bank Trap and Life In The Financial Markets. He is Chief Economist at Tressis