These days, we hear a lot that banks were the problem in the 2008 crisis and now they are the part of the solution.

Banking was not the main problem of the 2008 crisis, but one of the symptoms that indicated a more serious disease, the excess risk taken by public and private economic agents after massive interest rate cuts and direct incentives to take more debt coming from legislation as well as local and supranational regulation. Lehman Brothers was not a cause, it was a consequence of years of legislation and monetary policies that encouraged risk-taking.

The second part of the sentence, “now banks are the solution,” is dangerous. It starts from a wrong premise, that banks are stronger than ever and can bail out the global economy. Banking may be part of the solution, but we cannot place, as the eurozone is doing, the entire burden of the crisis on the banks’ balance sheet. I will explain why.

When economists in Europe talk endlessly about the differences in growth and success of monetary and fiscal policy between the United States and Europe, many ignore two key factors. In the United States, according to the St Louis Federal Reserve, less than 15% of the real economy is financed through the banking channel, in the European Union, it is almost 80%. In addition, in the United States, there is an open, diversified, more efficient and faster mechanism to clean non-performing loans and recapitalize the economy that adds to its high diversification in private non-bank financing channels.

It is, therefore, essential that in periods of crisis countries, particularly in Europe, do not relax risk analysis mechanisms, because the economic recovery may be slowed down by ongoing problems in the financial sector and even lead to a banking crisis in the midterm. The worst measure that countries can take in a crisis is to force incentives to take a disproportionate risk.

European banking is stronger today than in 2008, but not as healthy as governments would like to believe. In recent years, the banking sector increased its top-quality capital ratios (CET1) at a rate of almost 1% per year despite the difficult economic environment in Europe, poor growth and, above all, negative interest rates that have decimated the sector’s margins and profits. However, a large part of that capital improvement has been achieved by issuing hybrid bonds (CoCos), which should be taken into account when considering hidden risks. CoCos can create a domino negative impact on the financial sector as a coupon on these instruments is paid only if core capital remains above a certain level. If the coupon is cut, the fragile capital structure of eurozone banks can deteriorate rapidly.

More than EUR104 billion of hybrid bonds (CoCos) are included in the calculation of eurozone banks’ core capital.
European banks have been able to strengthen their balance sheet and reduce risk in an environment of margin destruction via negative rates and suffocating regulation. The impact, according to Scope Ratings, has been very high, more than 25 billion euros in lost profits between 2014 and 2018. Analyzing the earnings of the financial sector (SX7E Index) between 2014 and 2019, the net income margin has fallen by 30%, earnings per share have fallen an average of 13% and the capitalization of the sector in the stock market is at record lows.

In such a difficult environment, the sector has reduced its non-performing loans (NPLs) by half to 636 billion euros according to the European Banking Association, that is 3% of total assets (as compared to 1% in US banks) while highest quality capital ratio (CET1) is at 14.8% and total capital ratio at 18.4% with leverage of 5.68%.

In the face of the Covid-19 crisis, European states have launched huge economic programs aimed at businesses and individuals, but the common denominator of all these programs is to exponentially leverage the balance of banks.

In my study “Monetary and Fiscal Policies In The Covid-19 Crisis. Will They Work? ” I explain how most of the European governments have made the decision to massively leverage the banks’ balance sheets through partially or totally state-guaranteed loans. However, we cannot forget that these are loans and that the vast majority go to businesses with enormous difficulties due to the forced closure of the economy, which in some cases means doubling the risk of banks.

I think the disproportion is obvious. European states are trying to bail-out the economy, closed by government decision, via a huge increase in debt and multiplying the risk on the banks’ balance sheet. The fact that governments guarantee part of these figures neither eliminates the risk nor moderates it, because these guarantees, if executed, will be paid with more debt and more taxes and, with it, less growth and investment.

European governments want banks to sip and blow at the same time. They require them to strengthen their balance sheets in an environment of negative interest rates and burdensome taxation, and at the same time, disproportionately increase credit taking a greater risk with lower profitability. Europe may face a bigger financial problem in the future because, contrary to what most governments expect, the probability of a rapid and V-shaped recovery of the eurozone economy is very low. If the economic recovery is weak and uneven, as is most likely, the rise in non-performing loans and weakening of banks will be substantial, and the impact on the real economy, severe.

Large stimulus is targetting the wrong sectors. Most of the massive loan plans is being absorbed by sectors that were already weak before the crisis due to obsolescence, technology and consumer pattern changes as well as overcapacity.

Another important factor to consider in these huge bail-out plans is the risk of allocating liquidity and capital to those who do not need it in the first place or, worse, to those who should not receive more credit. The vast majority of aid via loans granted by European states focus on sectors that were already “zombified” and with difficulties in 2016-2019, huge conglomerates and so-called strategic sectors that have never had a problem of credit. While zombie sectors are bailed-out, small businesses are dying at a rate of thousands per month. Spain, for example, has lost 122,000 businesses in March 2020, while billions of euro of grants were provided to traditional sectors that had overcapacity before the crisis.

The solution cannot come from huge loans to pay taxes in the future while praying for a V-shaped recovery. It must come through short-term liquidity lines without recourse and tax exemptions during the crisis added to a radical adjustment of non-essential budget items.

Governments cannot ask the real economy to hibernate and drown in debt, or demand large adjustments from the private sector while they keep unnecessary public spending and bloated budgets.

Countries need to use the fiscal space they have to preserve the productive business fabric, not adding massive leverage, creating a problem in the financial sector in the medium term.

The reader may think that the solution would be a huge public bank that would bail out all sectors.

The vast majority of productive sectors do not need to be rescued, they need governments to eliminate taxes during the lockdown and lift it quickly. Businesses are not falling due to mismanagement or bad strategies, they are collapsing due to the government-imposed shutdown.

The world has plenty of capital to finance the recovery and strengthen the economy. What the world does not need are politically directed recovery plans. Just allow investments to be channeled efficiently and quickly, not hinder it.

International studies show that public banks have worse solvency and liquidity ratios, in addition to political management. We do not have to remind anyone that two public entities, Freddie Mac and Fannie Mae, inflated the subprime bubble by lending without control and with political criteria to citizens without resources.

European banks can survive the risks of the Covid-19 crisis, manage the loss of value of their current assets and the rise in non-performing loans, but the banking sector bail-out the entire eurozone economy from the mistakes in health and economic planning of governments.

Fighting the pandemic and preserving the productive fabric are not exclusive objectives. Burdening banks with multiplied risks can create a bigger, long-term problem. 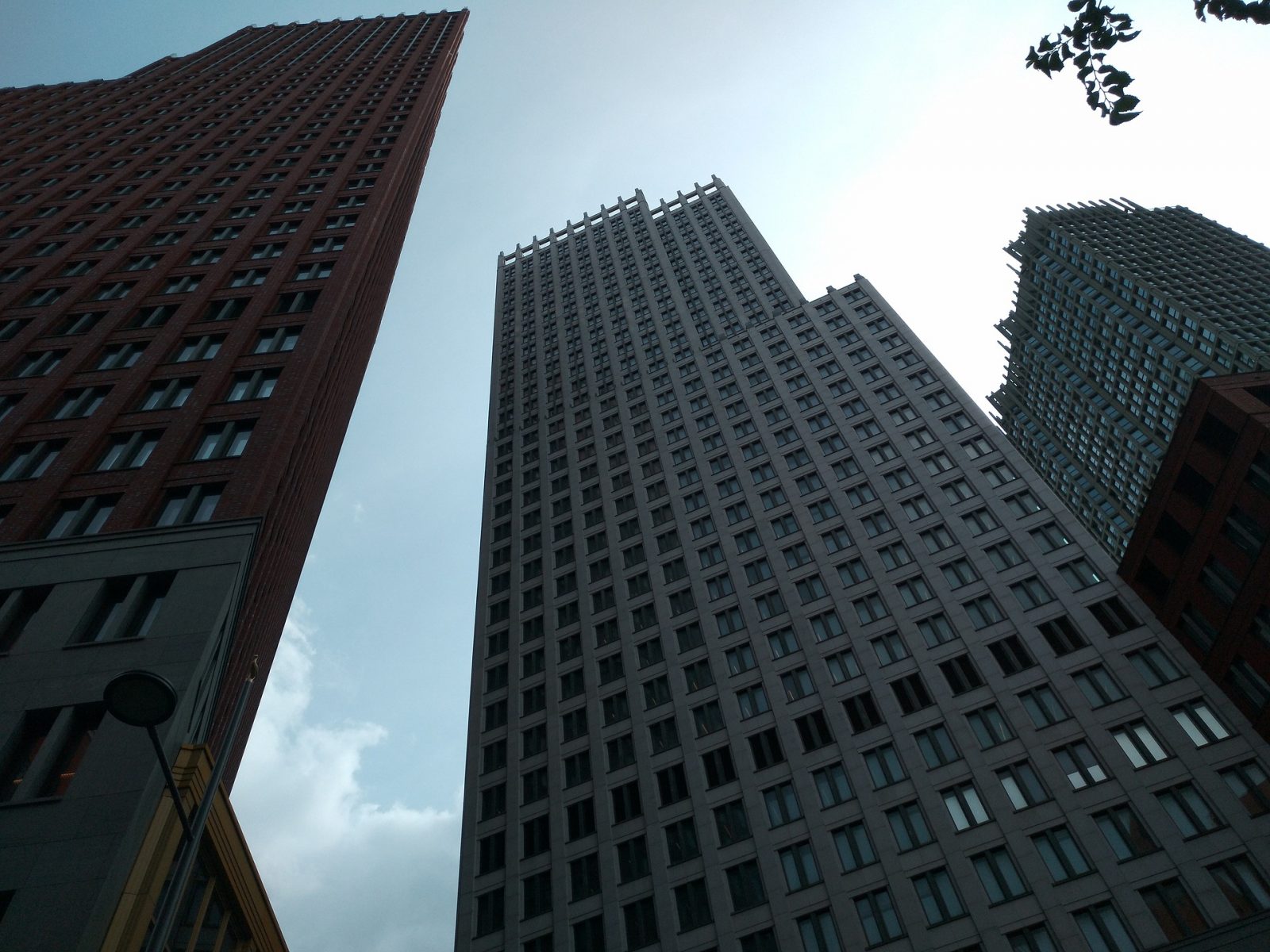 The U.S. Labour Market Can Heal Quickly, the European, Less So

The U.S. Labour Market Can Heal Quickly, the European, Less So