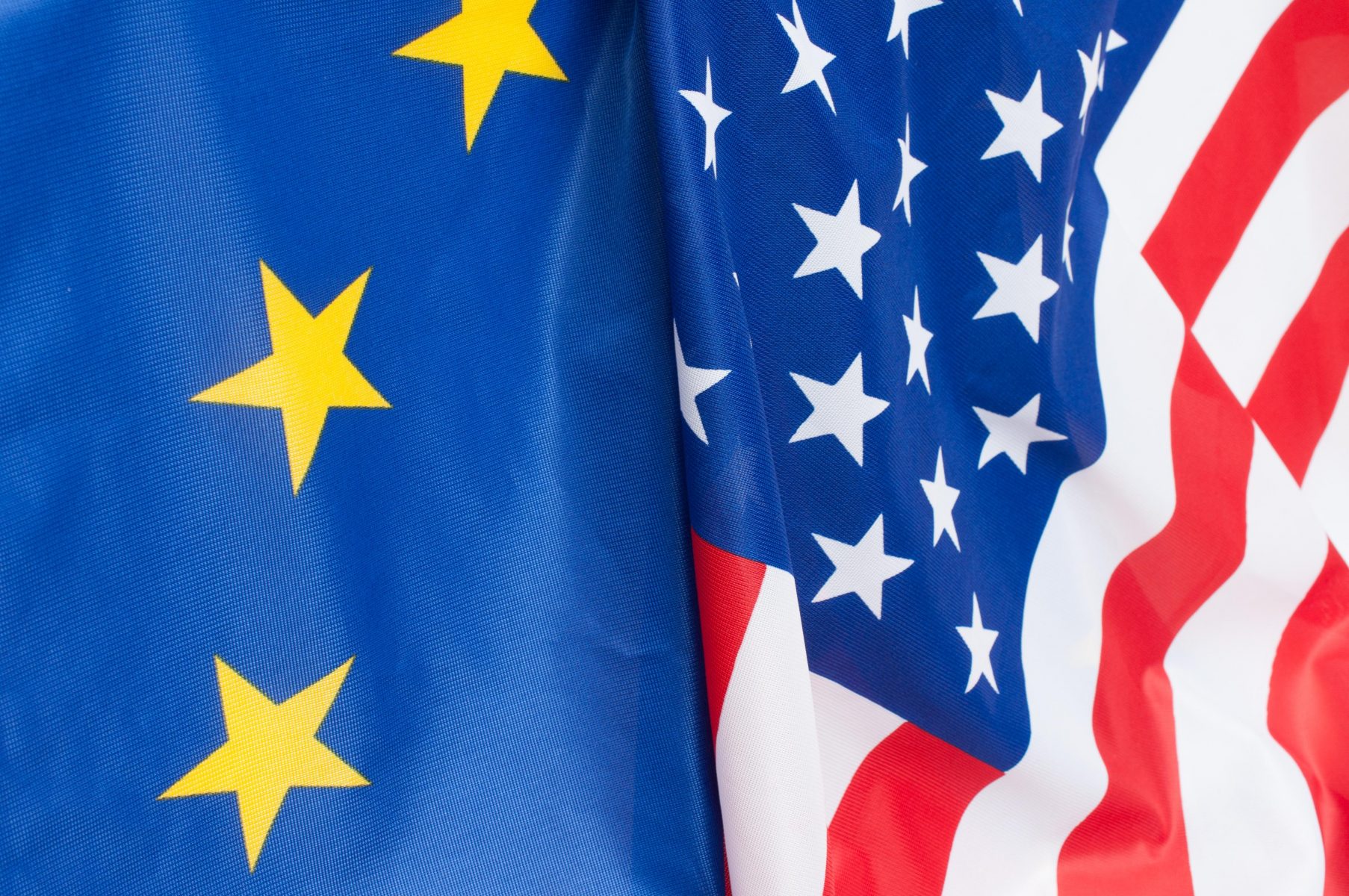 The eurozone continues to demonstrate worrying signs of economic stagnation—due not to a lack of stimulus, but rather the opposite. Since the creation of the European Union, EU economic policies have been defined by a never-ending series of fiscal stimulus measures accompanied by accommodative monetary policies.

Now, in the United States, some politicians on the left are demanding that the U.S. government implement similar measures. In this context, it is important to analyze the risks to the American economy inherent in such policies by examining the impact they have had on the eurozone and Japan, where they have been implemented.

Evidence shows that centrally planned investments by the EU and Japanese governments and the politically directed stimulus spending by large private companies guided by those governments have resulted in their economies becoming generally less dynamic—with stubbornly high unemployment—while productivity growth and innovation have been stifled.

To avoid that fate, U.S. policymakers should take the opposite tack: On fiscal policy, budget discipline should be reestablished to reduce deficits and tackle out-of-control entitlements. Meanwhile, monetary policy should eschew discretionary measures aimed at short-term political or economic gain and, instead, adopt a rules-based approach that focuses solely on price stability.

Since the 2008 crisis, the balance sheet of the European Central Bank (ECB) has soared to 40 percent of eurozone gross domestic product (GDP), interest rates are below the zero bound, and the ECB has purchased up to 20 percent of the major eurozone economies’ debt as well as billions of euros of corporate debt.

According to Eurostat, government spending remains elevated at 45.6 percent of GDP.2

Additionally, since 2008, several government-sponsored investment plans have been implemented. The €200 billion European Economic Recovery Plan of 2008 was designed to create “millions of jobs in infrastructure, civil works, interconnections, and strategic sectors.

The Juncker Plan, also known as the Investment Plan for Europe, rolled out in 2014, tacking on another €360 billion euros to incentivize growth.

Meanwhile the European Union’s “renewable energy directive”of 2009 created the equivalent of a Green New Deal, with generous subsidy schemes to support investment in renewables and create green jobs. All told, since 2009, the eurozone has implemented a series of fiscal and monetary stimulus programs totaling more than €4 trillion.

The results of all that spending have been disappointing, to put it mildly. Eurozone growth estimates have been slashed numerous times, and the current ECB forecast is nearly 50 percent lower than the forecast presented just one year ago—a weak growth rate of 1.2 percent for 2019 with 1.4 percent growth forecast in 2020 and 2021.

Unemplyment ismore than double U.S. unemployment. According to the European Commission, the percentage of people at risk of poverty is still above the 2008 level. And median household income statistics in the EU compared to the poverty line show that a person at 60 percent of median income in the U.S. enjoys a larger income than the median household of many eurozone countries.

Massive, politically directed energy initiatives have also burdened EU countries with electric and natural gas prices that are more than double those in the United States. In 2016, household electricity prices averaged 26.6 cents per kilowatt hour (c/kWh). in the euro area versus 12.7 c/kWh in the U.S.

Before the eurozone can heal from this economic stagnation, the disease must first be correctly diagnosed. Part of that diagnosis means examining how EU governments have disguised some of their stimulus efforts through their demands for ever more monetary stimulus from the ECB to finance bloated public expenditure budgets at unsustainably low interest rates. The majority of eurozone countries’ five-year bond yields are negative. This has become a hidden subsidy to finance inefficient government spending on the backs of those bondholders.

Furthermore, this borrowing has generated a significant crowding-out effect. While governments finance their deficits at negative rates and their debt-to-GDP ratios remain elevated, new credit extended to households and corporations remains weak.

A high tax wedge in the private sector to finance large budget deficits is also a source of lost competitiveness.

After its real estate bubble burst at the end of the 1980s, the Japanese government decided to implement a series of misguided stimulus plans that have resulted in almost three decades of stagnation and a less dynamic economy. Additionally, the Bank of Japan has been implementing expansionary policies since 2001.

Between 1991 and late 2008, Japan spent $6.3 trillion on “construction-related public investment,” which significantly contributed to the country’s stagnation, high debt, and weaker productivity growth.

The International Monetary Fund places Japan again among the 20 economies with the lowest growth for 2019—and estimates for 2020 still show very weak growth.15

The first problem in Japan is the enormous debt. Revenues cover only an estimated 69 percent of budgeted expenses in 2019 according to the Japanese Ministry of Finance.16

The rest will be financed by issuing more debt, which already exceeds 254 percent of GDP.

Nearly one-quarter of the budget goes to interest payments, even though Japan’s cost of debt is very low. Constant monetary stimuli have resulted in diminishing returns and a dangerous risk. The Bank of Japan’s balance sheet now exceeds 100 percent of GDP and it owns 77 percent of the country’s exchange-traded funds.

The Japanese budget vividly illustrates the demographic and government spending challenges that Japan faces—challenges that Europeans should study and seek to avoid. Problems resulting from the combination of excessive government deficit spending and a rapidly aging population will not be solved with yet more fiscal and monetary stimulus. Pensions and health care entitlements eat up more than 40 percent of the budget.

Japan has a low unemployment rate, but it has been low for many decades due to a smaller working-age population and cultural barriers to immigration that keep the labor market tight. Even so, Social Security contributions fail to cover even a portion of Japanese government expenditures on public pensions. This shortfall is even more ominous since, at 40 percent, Japan has one of the lowest pension replacement rates in the world (the percentage of the last salary paid as public pension). Monetary policy and government stimulus do not guarantee pensions, which have been cut in Japan numerous times due to the unsustainability of the system.

These dreadful statistics provide a useful rebuttal to the left’s arguments that higher taxes and additional monetary stimulus can sustain pensions.

The EU and Japan: Cautionary Examples

The evidence shows that the worst that the United States could do at this juncture is to copy the combination of high government spending, politically directed stimuli, and negative rates. The United States economy faces numerous challenges, of course, and is far from perfect, but dramatically increasing governmental and central bank intervention would solve none of its problems. Regrettably, the Federal Reserve seems to be ignoring that reality as it launches another round of more accommodative monetary policy.

The main warning sign for America from the eurozone and Japan is that large government-sponsored plans and other forms of state intervention do not reduce a developed country’s debt burden. On the contrary, they worsen it. Eurozone countries have saved more than €1 trillion euros in interest expense because of the ECB’s long-standing quantitative easing and loose monetary policies, but they have squandered those savings to perpetuate imbalances.

Even a moderate rise in yields could trigger a financial crisis in Europe, just as it did from 2009 to 2012. The combination of negative rates and high spending has not delivered stronger growth, more jobs, or higher productivity. It is not difficult to reach the conclusion that the eurozone economy is less dynamic, more fragile, and less productive than the United States precisely because of the negative effects created by constant government and central bank intervention in what is effectively a cronyist scheme to transfer wealth from the productive sectors to the indebted and inefficient sectors.

Back to Basics: Re-instilling Fiscal and Monetary Discipline

If America wants to address its jobs, productivity, and debt challenges, its political leadership needs to study the European Union and Japan as examples of exactly what not to do. That means Congress and the Administration should:

Disguising risk and perpetuating economic imbalances has not made the European Union stronger ahead of an inevitable downturn in the business cycle. Instead, EU policies have made Europe economically weaker. If the United States wants to continue to lead the world in prosperity and economic growth, it needs less interventionism, not more.